I’ve not blogged for a while, for a number of reasons (nothing bad or serious, just life getting in the way!) so I thought I’d break the drought by writing something today. I’m not sure what this post will be on, so bear with me!

The past few weeks have been really busy. I’ve been amending Far From the Tree after some food for thought via my agent from the London Book Fair, and I’m currently waiting for her thoughts on the amended draft. Every time I do a tweak or a rewrite, I feel the draft is better, which I hope is a good thing. The word count might have gone up a bit, but it feels tighter. I’ve also started drafting some ideas for a new book, as well as going through the first draft of book 2 of The Little Somerby Series to see what needs to be added and taken away. I met the lovely Teresa Morgan for coffee this week, and we talked through our current books, which was a lovely way to spend a morning. The new book idea has something loosely to do with this chap here, whose portrait hangs in a bedroom in Tyntesfield. 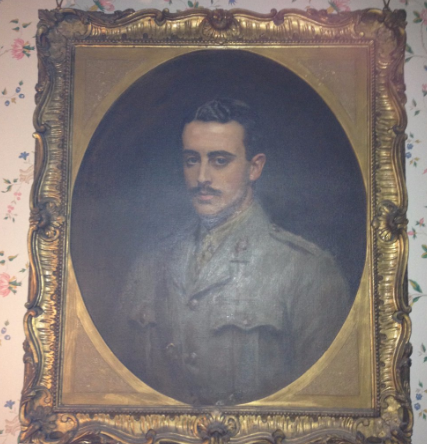 I’ve been following Slimming World properly for the past five weeks (that’s to say actually writing down everything, and being honest with myself!), and although I’ve decided to take a hiatus from the group, I’ve been losing weight so I’m now another 8.5lbs down, and at my ‘Club 10’ target (this means I’ve lost 10% of my body weight since starting the eating plan). Am definitely feeling a lot better for this, and fitting into some of my old clothes (and a few sneaky new ones, too!). Current loss stands at 1st 6lbs, so hoping to have that next half stone award next week, if only online! My lovely sister in law has also been following the plan, which has definitely spurred me on. We’re both aiming to be slimmer by the time the whole family holiday happens at the end of July, and knowing she’s a fellow Slimming World attendee is a definite motivation for me :).

Health wise, I’ve also started swimming once a week with a friend, which has really helped my energy levels (although a wakeful Weimaraner who has been kicking off at 3am for most of this week has sapped them  again!), and I plan to start attending a yoga class from next week, too. I’ve never done yoga, so this will be a whole new (and possibly hilarious) experience. All of this new motivation has come as a bit of a shock to The Husband, since he’s going to have to be responsible for putting the children to bed once or twice a week! Not before time, I’d say…

Finding my way to inner peace…and a flatter tummy!

In a few weeks I’ll be marking for AQA A2 Media Studies for the second time, which might knock out a bit of my writing time, but I’m looking forward to it. Although it was hard work last year, I learned so much about the subject, and found the students’ papers really interesting. Whether I’ll still be saying that after marking 200 of them, I don’t know, but the money’s always nice in August!

I think that’s about all for now – the kids are still alive, the dog hasn’t destroyed anything lately, and, after a somewhat tumultuous week involving a sleepless dog, a decision over the ironing (I’m basically not doing it any more), and more delicious anticipation over the future of my first novel, that’s basically me for now! I wonder what next week will bring…

One thought on “Catching up”