Naming a character can be tricky; like naming a baby, I’ve found, only MUCH harder! After all, I only had to find names for two children, whereas characters…eek! And there are only so many times you can slip in the names of people you know before they start noticing. I’ve put my daughters’ names in my books, and one of my cats provided the name of one of my most popular characters. Bertie, my Weimaraner, played a cameo as a hound in Springtime at the Cider Kitchen, but if you start naming characters after people you know, they ask questions! I even had to change the name of a non-speaking character in this current novel because I was worried someone would think it was them (which it most definitely wasn’t!).

The hero of my third novel, Summer in the Orchard, which is released this week, is called Alex Fraser. And he was always going to be Alex. The first name was easy. I fell in love with Keanu Reeves in The Lake House, and his character was called Alex, so when it came to a name for my next hero, Alex it was. The deal was sealed when I remembered that Keanu is also Canadian by birth, as I wanted Alex Fraser to be from Vancouver (Keanu Reeves grew up in Toronto). Job done! Physically, my Alex is a composite of Keanu and the wonderful Adam Driver, with a bit of Paul Gross thrown in for good measure, so the name just seemed to fit him. 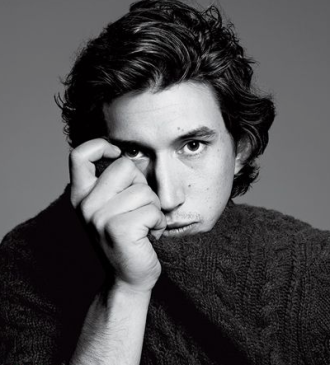 Alex’s surname was a little trickier, though. Initially I’d thought of another name, but after discussion with my editor we decided to change it to something a little different. But what? How could I choose a name that embodied all of Alex’s traits and wasn’t already in use elsewhere?

Then it came to me. When I was a teenager, I was utterly bonkers for a Canadian/British primetime drama called Due South.  Set in Chicago (although actually filmed in Montreal), it was the story of a fish-out-of-water Mountie who is paired up with a streetwise Chicago cop, initially to solve his father’s murder but then as liaison for the Canadian Consulate. I, of course, adored it. It had everything; great characterisation, lovely storylines and a swoonsome Mountie as hero…who just happened to be called Benton Fraser.

I cannot stress enough how smitten I was with this character; tall, dark, handsome, shy, heroic, mildly awkward, looked great on a horse…he ticked a lot of boxes for me. Paul Gross played him so brilliantly that, years after the series ended and I’d grown up, he still stayed in my memory. When I was visiting New York in 2006 I even picked up the DVD box sets of the series when I spotted them, (unavailable, then, in the UK), so that I could replace the well worn VHS tapes that had seen me through the 1990s! In fact, I even slipped in a little Due South reference to the novel, as a kind of tribute  – I wonder if you’ll spot it?

Many writers have tried to analyse what made Due South such a huge hit; in fact, I used it in my early days as a Media Studies teacher to illustrate narrative structure, and the pre-911 sense of whimsy in drama that I grew up with. But it’s so much more than that. Paul Haggis, the writer and creator, developed something alchemical when he conceived the show. There was perfect, complementary characterisation in the two leads; David Marciano was the impeccable ‘other half’ of the duo with his wonderful humour, pathos and stage presence. The show had laughter, thrills, action, adventure, romance, heart, a deaf wolf…they’re all in there. As a teenager, and now as an author, I will always adore the tragedy of Ben and Victoria’s doomed love affair (in the episodes Victoria’s Secret), and the more lighthearted They Eat Horses, Don’t They? when Ben totally fails to pick up that he’s being picked up. And through it all was that wonderful friendship with Rays Vecchio and Kowalski. 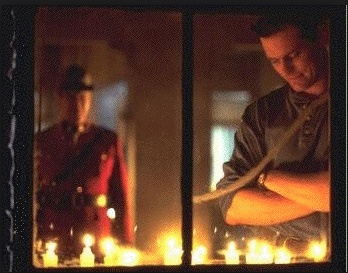 Ben Fraser was definitely one of my first crushes, so when it came to an alternative surname for Alex, it could only be Fraser. I hope that someday the lovely Paul Gross will find out that his brilliant portrayal of Ben Fraser’s laughter, tears, heartaches and heroics inspired me to name a leading man after the character he brought to life so brilliantly, and I hope he’d be flattered! (I even put him in the acknowledgements of the novel!)

Incidentally, Alex Fraser is the first non British hero I’ve written, so I hope that I did him justice (drawing, as I have, on the representations of Canadian men from Keanu Reeves and Paul Gross!).  When I changed his last name, I fell in love with him a little bit more. I hope you fall as much in love with Alex when you read Summer in the Orchard.

And if you haven’t read the first two novels in the Little Somerby series, here are the links so you can catch up…

My Author Page on Amazon uk