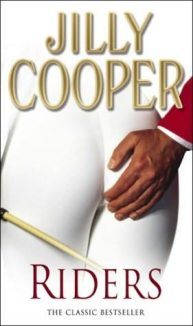 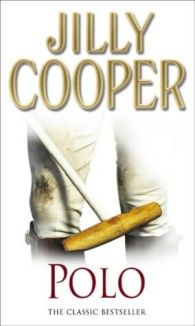 I can still vividly remember the first time I read a Jilly Cooper novel. It was 1989 or thereabouts. I was twelve years old. It was Riders, the first in the now ubiquitous Rutshire Chronicles series. And although a lot of the literary and sexual references went straight over my head, I loved every single last word of it. It was a hardback copy that my maternal grandmother had picked up at a jumble sale and I’d discovered on a shelf in my grandparents’ house, and, despite my tender age, my grandmother, who never talked down to me or patronised me, especially not when it came to reading, let me borrow it. I’m not sure my mum knew until many years later!

Riders was sexy, funny, clever and very, very of its time. It told the story of the rivalry between Rupert Campbell Black, ‘the handsomest man in England’ and the dark, brooding gypsy Jake Lovell. This was a rivalry that encompassed sport (show jumping), love, sex and class, and I was utterly captivated. Crossing continents, time zones and competitions, the story gripped me from the first page, and it’s a book I’ve turned back to again and again over the twenty five or so years since I first read it. And I can say the same about the others in the series, too, with Rivals and Score being among my favourites.

The thing about Jilly Cooper’s writing is that it is at once incredibly readable and terribly intelligent. She has a confident grasp of what, at the heart of things, makes people tick, and her use of natural imagery is both clever and evocative. Her books are love letters to a piece of the British countryside that she clearly adores, populated by characters who, while whole and vividly realised, are driven by the same lusts and desires that every reader can recognise. Yes, most of her stories are about upper middle class, and upper class posh southerners with money, land and horses, but those characters are among the most well drawn and realised that I’ve ever read. And I’ve read a lot. Her Austensian knack of letting you know who is going to get together with whom, almost from the first page, and yet making you care about the journey these characters take and not just the destination, makes her books the ultimate comfort reading, and I, for one, always turn to them when I need to relax, unwind and escape.

As a writer, I know reading Jilly Cooper’s novels has greatly influenced me. I cannot hope to emulate her lightness of touch, her genius at seducing the reader and her ability to immerse that same reader in her world, but I can aspire to it. That heady combination of great characterisation, sly wit, mind blowing sex and use of natural imagery that is so masterful you can smell the wild garlic and philadelphus makes for a read that allows multiple re-reading. So much so that I’ve had to replace my copies of Riders, Rivals et al several times over the years as they’ve fallen apart. And that’s before I’ve even mentioned the way she creates characters from the animals in her stories, too. Matthew Carter, my male protagonist, has a collie named Sefton who has a personality all of his own, and if it wasn’t for Badger, Visitor, Blue, Maud, Cadbury, Grenville and dear old Gertrude, all venerable canine characters in the Cooper canon, Seffy wouldn’t exist.  And Matthew Carter himself certainly wouldn’t exist without my extensive study of Rupert, Jake, Ricky France Lynch, Lysander and David Hawkley, Alizarin, Jupiter and Jonathan Belvedon, Hengist Brett Taylor and Declan O’Hara.

Jilly’s female characters are also vividly, and passionately realised. From the feisty Fenella in Riders and her timid sister Tory, to Taggie ‘an angel’ O’Hara, Janna Curtis, Sophie and Emerald Cartwright, Perdita Macleod and the long suffering Helen Macaulay, these are women who, through differing levels of adversity, find their inner strength from surprising places. And while the focus might tend to be more on the men at times, the women play their roles to perfection, and give the reader something to identify with, or kick against. While the gender roles might be traditional, the love stories more than compensate for any accusations of outdatedness. In some ways, creating female characters has been more challenging for me, but I look to Jilly Cooper often to help me to make them a match for my males. Yes, I have a lot to thank Jilly Cooper for.