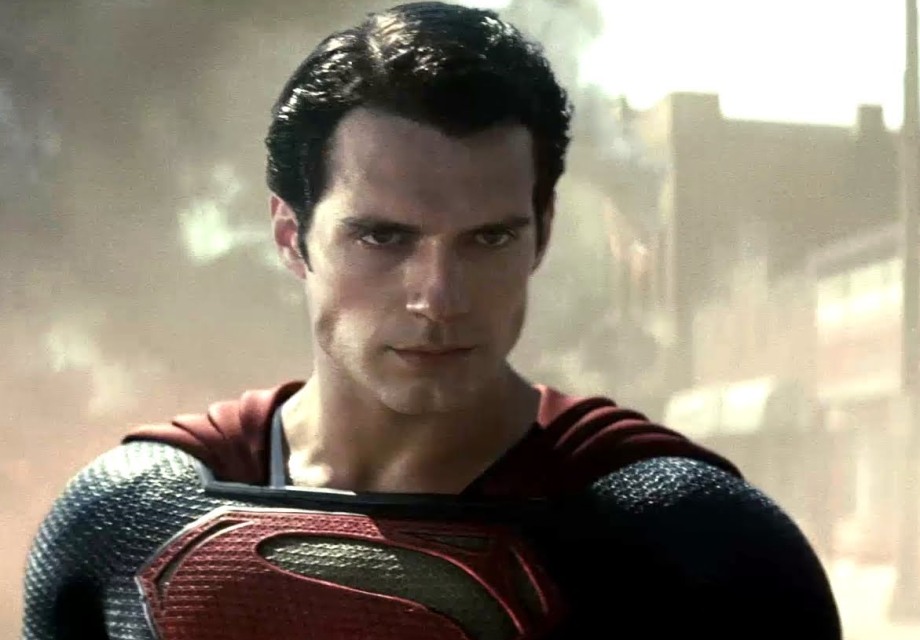 CAUTION: Spoilers for Man of Steel ahead!

There are several things that I watched in the 1980s that I hold very dear; Robin of Sherwood, Dungeons and Dragons, Labyrinth, and, of course, the Superman films; those with the late, great Christopher Reeve. However, I’m not averse to a reboot, if it’s done with love, and as a result I’ve really enjoyed the various incarnations of the Robin Hood legend and now, also Christopher Nolan and Zack Snyder’s take on the Superman origin story, Man of Steel.

I approached the film in two minds; I loved Christopher Reeve and he was a huge influence on me when I was growing up. I was eighteen when he had his horrific accident and I wrote to him several times, and received a reply from the foundation that his wife set up in his name. His take on Superman was one I carried with me into adult life. This made me a little wary of any reboot, even given my open mindedness. However, I’d been recommended the film by a friend who also adores Reeve, and she also loves the reboot’s lead, Henry Cavill, so I figured it would be possible to love both. Also, I’d spent a lot of time in the early 2000s watching Smallville, so I was more than happy to see this new version of the mythology.

So, Man of Steel, then. In a nutshell, it’s a Superman origin story for the new century. The usual stuff is there; Krypton is dying as a result of its own cultural imperialism and the scientists and thinkers, led by Jor-El, are pitted against the might of the army, until General Zod leads a coup that brings down the government. The planet falls, but, before it does, Jor-El and his wife Lara send their newborn son away to Earth with the DNA of all Kryptonian citizens coded into his body. Their son, Cal, is the first natural birth on Krypton in centuries; born into a Brave New World-esque society where all babies are created to fulfil certain purposes on the planet and its colonies; soldiers, scientists, politicians etc, baby Cal represents the last vestiges of free will. Before the planet falls, the baby begins his journey and Lara’s last act before she and the planet are consumed by its core is to sentence Zod and his co-conspiritors to an eternity in The Phantom Zone. Not only has Zod committed treason, but he also murders Jor-El during the coup.

So far, so (mostly) familiar. However, MoS doesn’t start with the mythology. It starts with a thirty-something itinerant worker who drifts from place to place, helping those in need and then moving on before suspicions about his abilities are aroused. And this is where Cavill comes in. Cavill, physically, seems to be somewhere between Christopher Reeve and Tom Welling. He’s got the chiselled features and wide blue eyes that are a pre-requisite for the role. And, goodness, he must have trained hard! There are one or two scenes where the clothes disappear (partially!) and he certainly shows the physique required for the last son of Krypton.

But there are major differences in the story arc to what we’ve seen before. This is a darker story. Taught by his adoptive father Jonathan to hide his powers, the young Clark Kent faces some tough challenges. Faced with a catastrophic bus crash, young Clark chooses to save his school friends from drowning in the capsized vehicle but in doing to runs the very real risk of being exposed. Father Jonathan (played by a dignified Kevin Costner) actually tells him he should probably have let his schoolmates drown. That’s the kind of territory we’re getting into here. Similarly, later, when Jonathan’s life is threatened by a tornado, Clark is forced to make the decision not to save him, on Jonathan’s direction. The anguish in the son’s eyes as he watches his father die is a credit to Cavill’s ownership of the role.

And when it comes to love, things are a little different, too. Lois Lane, played by the brilliant Amy Adams (who I adored in Enchanted, but that’s another blog!), takes on the iconic role and steps into some pretty intimidating shoes. A free spirited reporter who owes much to Kate Adie in her pursuit of a story, she stops at nothing to find information. She is introduced amidst a military investigation into a suspected extra terrestrial crashed craft, where she encounters a mysterious man for the first time. After seeing, and experiencing, some unexplainable things, she’s hot on the trail of a fantastical story, until a more in depth encounter with the mysterious man changes her mind.

The set pieces are there; Zod comes to Earth and threatens to repopulate it with Kryptonian citizens, eradicating the indigenous population in the process, and a massive battle or three ensues. However, Zod isn’t just a cardboard cutout villain; Michael Shannon gives him a depth of feeling that is almost tangible. Zod might have been bred to be a soldier, but his lack of purpose without a planet to defend is clear. He’s desperate to have a role again, and there are moments where we see a real internal conflict. His sidekicks are more two dimensional, but in Zod we see a man out of his own comfort zone and, unlike Cal, who has the capability to adapt to life on a new planet, Zod cannot; right down to the sensory overload he suffers without his headgear, this much is obvious.

The slow burn of the romance between Lois and Cal/Clark is also fun to watch. Their first kiss, when it comes, is loaded with passion and promise, but this is a relationship that will have to endure much. When Cal has to make a decision that goes against every core instinct he has, at the climax of the film’s third act, it is Lois who is there to pick up the pieces. This is the scene that sets this reboot apart from its predecessors, too; in making the decision to kill Zod, an act which not only abhors Cal but also means he’s committed genocide against the Kryptonians, this version of Superman treads ground that existed in the original comics, but that was expunged from the 1980s film versions. Cavill’s performance in this scene emphasises the darkness that Cal-El must endure along with the light; he doesn’t want to kill Zod, but he has absolutely no choice. In a way, it’s a complete reversal of the scene where Jonathan Kent dies. Cal’s guttural yell says it all, as do the tears that fall.

With any superhero movie, there’s always that moment of ridiculousness when the protagonist gets costumed up for the first time; if I remember correctly, Mark Kermode was the first critic I heard who made this point. the suspension of disbelief has to kick in in order for the film to work for you. I’d be lying if I said I didn’t feel slightly thrown out of the story the first time Cal dons his Superman costume. I knew it was coming, but I was so caught up in his journey as a man coming to terms with his place in the world that I’d almost forgotten about the red cape and underpants. However, this is not a film that rams the message of patriotism down your throat; far from it. Cal (not Superman by name until the end of the film) is treated with as much suspicion as Zod and his compatriots, and the final scene of the film still underlines that he is viewed, potentially, as a threat to the security of the country he calls home (even though this is diffused by Cal’s throwaway ‘I was raised in Kansas, General; I’m as American as it gets’). This line made me smile as well, given that Cavill’s a Brit.

All in all, Man of Steel was a worthwhile reboot, and Cavill makes a worthy successor to Reeve’s undisputed title as Superman. It’s darker, more of a sci-fi film than its predecessors, and Cavill definitely has potential to develop the role further. The fact that Snyder and Nolan also dispense with the conceit that Lois doesn’t recognise Cal/Clark in glasses (which I think was done with the Dean Cain and Terri Hatcher TV show of the early 1990s, too) is refreshing. The door has been left open for other films, of which Batman vs. Superman will be the next, and I’m intrigued to see where the story arc will now go. I’d like to think the late Christopher Reeve would have enjoyed this re-imagining of a character that he immortalised; it was certainly an emotional moment to see his face for a split second in the third act of the film. A cameo, I think, he’d have loved to have seen and a fitting tribute to the man who epitomised the Man of Steel for a generation of viewers. Perhaps Henry Cavill will do the same for this current generation, and has gained a few fans of Reeve on the way. Including me.

2 thoughts on “Texts Rebooted (and wearing their pants on the outside!): Man of Steel”