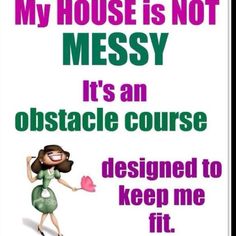 There are certain times of year when it hits me. January 1st tends to be one. The month of September is another. January is a no-brainer; too much wine, chocolate, not enough exercise, and an influx of new things into the house make me want to sort through the old stuff, spring clean and get well. Now, unaccountably, just before Christmas this year, it’s happened again. So I’ve spent the past seven days going through the house from top to bottom, decluttering, tidying and cleaning the hell out of every inch of my house. Risking a twanging sciatic nerve, I’ve hoiked out wardrobes, dusted skirtings, de-moulded walls, even repainted some of them, and tried to make up for a year’s worth of, frankly, rather ineffectual (although very effortful, frustratingly), housework. The children’s clothes and toys have been sorted and donated, I’ve donated two bin bags of my own clothes (and a few of the Husband’s when he looked the other way) to the local charity shop, been through my books and donated some of them, too, shampooed carpets and generally Sorted Things Out.

And I think it’s finally done, just in time for Christmas!

The trouble is, I have one of those houses that just doesn’t look clean and tidy, no matter what I do (we’re not the best at decorating, and we’ve lived with what we moved into for five years now, give or take a sloppily painted bathroom (me) and a much better job on daughter #1’s room by my dad!). A large dog and two small children serve as excuses, but there’s no getting away from the fact that the house is a bit…tired. Almost as tired as I am, in fact! However, 2017 will be the year I finally get things sorted, I hope. I’ve still got the idea that I’ll redecorate cheaply, but I have to admit defeat on the actual painting of rooms myself. Anyone who’s seen my living room will know why! It’s big, covered in textured wallpaper and needs replastering, which is definitely beyond me, or the Husband.

So why all this headless chickenery? Well, I really do feel like 2017 is a turning point, in many ways. I mean, 2016 had its highs (not least the book contract!) but it also had some stonking lows, and I know 2017 will be better. So I want to greet the new year with a tidy(ish) house, a tidy desk and a tidy mind. To help me to achieve this, I’ve bought one of these:

Yes, yes, I know…I’ll use it for a week and then forget all about it, and it’ll gather dust for the rest of 2017, but I’m going to give it a go; commit to it. And we’ll see if its structure will impose some mental order on me. To be honest, as a working mother and wife, order happens most of the time, in a somewhat haphazard way (i.e. things get done and no-one is hurt or maimed in the process) but I feel as though, as with everything, I could do better. So 2017 is about striving. And putting my house in order (literally), was the first step towards this. I’ve never been short on determination, and if I do say so myself, once I put my mind to something, it usually happens, but there’s always room for improvement, and I think this lovely journal might help. If anyone fancies trying it along with me, I’ve got a five percent off link you can use, here.

So, in case this is my last post before 2017 (which it may well be, given the hectic time of year!), blessed be for Christmas and the New Year, and here’s to a good one!