~In a novel you have to resist the urge to tell everything.~

~Of course it is happening inside your head, Harry, but why on earth should that mean that it is not real? ~

Before I started writing the Little Somerby series of books, I never used to understand what JK Rowling meant when she said she had a whole world in her head, but now, I definitely do! For me, writing the books in this series means that I have all kinds of information about the world, and my characters, that I may well never put into the novels, but that gives a foundation for the events that actually do make it in. And part of the joy (and occasional agony) of writing (and editing) is deciding which events are important but not essential, and which events definitely need to stay in the book. Every writer is guilty of writing scenes that they love, but that do not advance the plot or reveal something essential about a character, and part of the writing process is developing the ability to realise when something stays, and, more brutally, when it has to go.

Those decisions can be tricky, but making them really streamlines a story, and forces you to focus on what is actually the core. I suppose it’s a bit like being a film director; you shoot far more than you need, and then you pare it down to the elements that will tell the most effective story, pack the most emotional punch. At the stage I’m at now, with one book nearly out and the next taking shape, I have lots of deleted scenes, the DVD extras, if you will, that didn’t make it to the final cut of the first novel, and I already know that there will be quite a few of those for book two by the time it’s finished, too. 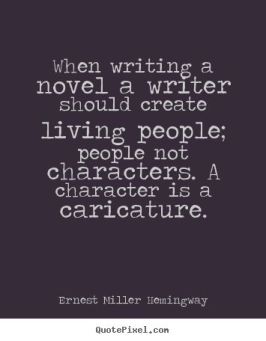 But why? Why write more than you need to? For me, it’s the sheer joy of storytelling. I mean, I love the characters I’ve created, those people that exist in my head, and so spending time in their world is brilliant for me. I need to explore them, to put them into different, and difficult situations just to see how they react. Even if a lot of those ideas don’t actually make it to a final draft, it’s useful to write them down, flesh them out and see what makes my characters tick.

A little while ago, when I was panicking about just where book 2 was going, I stopped and wrote a short scene about a minor character from book 1 interacting with a more major character. These two are only ever in the same room as each other once in book 1, and I was curious to see what would happen if I put them into a situation together. When I did, I suddenly had a revelation about that minor character that will, most likely, never make it into a Little Somerby book, but that changed a lot of things emotionally for him. I won’t go into details just in case I do ever decide to allude to it, but the act of exploring something that isn’t essential to the plot, but is interesting in terms of character can be a great way to get unstuck. That short scene led to a longer piece where I explored this minor character’s responses to another situation, and allowed me to get a handle on not just him, but a couple of the more major players, too. It also kicked off an idea for a later book that I will almost certainly write further down the line, so it was definitely useful as well as being fun! 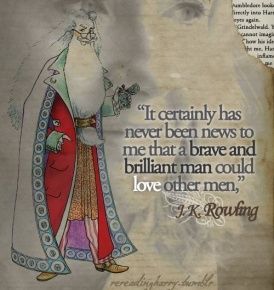 In relation to this, with a lot of books, films and TV shows, especially where there is a fandom, the question is often raised about what is ‘canon’ for that text. So now I’ve got a world of my own to play with (does that make me sound like a megalomanic? I hope so!!), I ask the question; is canon defined by the readers or the writer? Is only what appears in the actual texts part of canon, or can the writer define canon in broader terms? To return to JK Rowling briefly, she stated that Dumbledore was gay some time after the Harry Potter books ended, even though there was no explicit written evidence in the published novels to suggest this at any point. The canon, therefore, was what she as a writer made it, despite this. As usual, for a while the internet nearly broke over this revelation, but as a writer and creator  she was completely able  to make this assertion about her created character’s sexuality, even though it was never alluded to. With this in mind, these ‘extra scenes’ seem very useful! Perhaps one day I’ll be able to shock the internet with a revelation or two about my own characters ;). That’s not to say that ‘fanon’ isn’t also a valid form of expression, too, but that’s for another post…