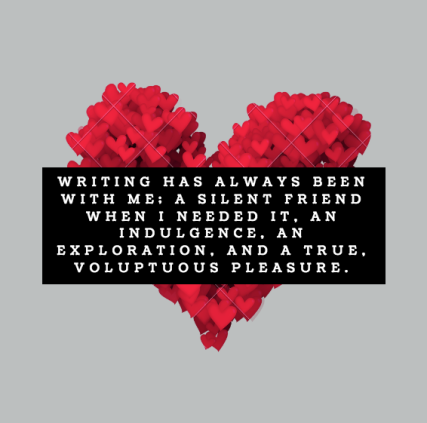 Ever since I can remember, writing and reading have been my happy places. They are where I go when, if you’ll excuse the vernacular, Shit Gets Too Real in real life. Now, before everyone gets out their tiny violins, can I just make clear that, actually, for most of the time, my life is exactly where I want it to be, and that I need to take this opportunity to, er, I believe the expression is ‘check my privilege.’ So, all that said, privileges checked, let’s talk about why writing.

Writing has allowed me to make sense of things when I need to. And that’s not to say that, when stuff happens, I write about that stuff. Far from it, in fact. The first long story I can remember writing was a Dungeons and Dragons Cartoon fanfic at around aged 9, and that was pretty far removed from my life as a nine year old. But it did allow me to explore family, relationships, crushes and stuff that I needed to think about in a completely different fantasy setting.

Fast forward a bit, with diaries, love letters, truly terrible poetry, GCSE and A Level English and more fanfiction over the years and you get to me, aged seventeen and a bit, deciding to write 72,000 words of Quantum Leap fanfiction in the eight or so weeks after I finished my A-Levels. Yup…some kids went on holiday. I wrote a novel (albeit a fanfiction one) in my downtime, cried down the phone to my (ex) boyfriend when I’d lost around 5k of it on the floppy disc I’d saved it on (honestly, the bloke deserves a medal for even picking up the phone that night, especially since we’d split up!), and then passing it on to a very understanding ex-editor friend of my Dad’s to read through. Fortunately, Vicky was tolerant and kind about having to read through pages of the stuff, and gave me my first editorial feedback, which really made my summer. In fact, twenty three years on, she gets a copy of my manuscripts to read when they’re at the editing stage, because she’s been such a help and a great friend. And then Dean Stockwell signed the manuscript that summer and I was over the moon!

Writing has always been with me; a silent friend when I needed it, an indulgence, an exploration, and a true, voluptuous pleasure. Up until five years ago, it was nearly exclusively fanfiction and a bit of journalism, and fanfiction was where I learned so much of my craft. For years I wrote alongside my dear friend Lynn in the D&DC and Top Gear universes, and she and I bounced ideas off each other, edited, critiqued, fed back and wrote some Really Good Stuff. Lynn took apart an OK story for me, and with her feedback I turned it into one of the best pieces of writing I’d ever done (‘Drowning’, by fayzalmoonbeam on A03, if you’re interested). I still love the story, and there’s no way it would have been as good as it was if she hadn’t been the ultimate critical friend. 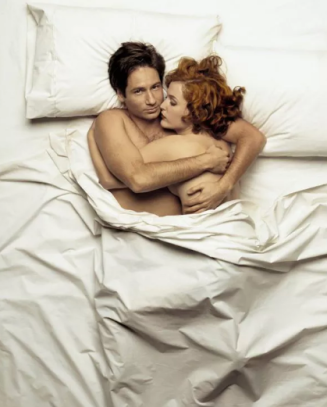 And I still go back to fanfiction, even with two novels published, one more on the way and another few more in various stages of writing. Because writing is the way I can make sense of what I see, how I feel, and the effect it has on me. I fell in love with Mulder and Scully for a long time during the 1990s (in retrospect, Scully the most!) and used writing to make sense of that. In fact, I realised only recently that there’s a recurring theme in my novels that I hadn’t even noticed until I got to book 3, which is obviously me trying to make sense of something deep within myself. Parental loss, of one sort or another, is up there as one of my key fears, and it’s worked its way into two (perhaps three) novels before I twigged what was happening. And I’m lucky that I have both my parents very much alive and well!

But it’s about words, really. Reading words, writing words, using words to create pictures in my mind that I want to see, and that readers, hopefully, will want to see, too. And often these pictures come from the way I imagine the stories in my head to look. You see, I love stories, narratives, tales, in whatever form they come. Be it Shakespeare or Statham, film, drama, poetry, novel, short story, I love tales in the telling. And I imagine in very cinematic terms! I see scenes playing out in my head as I’m thinking about the story, and then I’m itching to get to the computer and get them down on the ‘page’. That’s why I write out of sequence, too; I see scenes fairly randomly, and I have to write them as I see them, and stitch them together later. At the moment, I’m listening to a song and imagining a man on a train with a broken heart, being taken far away from the woman he’s disappointed and angered, and wondering just how the hell he’s going to make it up to her. The song? This one…

Words have been my friend in the light and the darkness. In fact, it was writing ‘The Second Chance Tea Shop’ that stopped me from sliding into PND after baby number two. Those wee hours of the night, with a hungry baby feeding, and the endless hours of the day with a three year old and a six month old and me in the house were made more bearable if I told a story to myself. The story became my debut novel. And no, please no tiny violins. As I said, I’m lucky to have a good life and a wonderful network of friends and family around me, so I was not in isolation. But writing was there when I needed refuge from the nth terrible nappy, the lack of sleep and the fact that for a long time I couldn’t actually get off the floor without pushing off with both hands (what can I say, I have no core muscles!). Words helped me, in a very abstract way, to make sense of my own life, to silence that voice in my head that told me how badly I was doing at motherhood and life in general, and also to escape from the trickier bits of it and walk in someone else’s shoes when I needed to. And I hope that’s what my books do for you, as readers, too.

I have made myself laugh, cry and get a bit hot and bothered with my own writing, and I’ve learned so much from the sheer, joyous process of it over the years. So my advice? Write. Everywhere. All the time. As much as possible. See it as the guilty pleasure that it is for me, and, who knows, you might even like it!